Rahysa Vargas is an Attorney at the Florida offices of Resnick & Louis, P.C. where she primarily represents insurance carriers and corporate defendants. Prior to joining the Firm, and after law school graduation, Rahysa worked as an Associate Attorney representing clients in the areas of Personal Injury, Mass Torts, Medical Malpractice claims, Workers’ Compensation claims and Longshore and Harbor Act based claims. For both 2019 and 2020, Rahysa was named to the Rising Star Attorney List, honoring top attorneys that are 40 years old or younger, or attorneys who have been practicing for 10 years or less.

Rahysa earned her Bachelor of Arts from the University of Miami and went on to earn her Juris Doctor from Nova Southeastern University, Shepard Broad Law Center. While attending law school, Rahysa was the recipient of the Student of the Year Award along with the Stephanie Aleong Impact Award and the Dean’s Award for Leadership and Service to the Law Center. She was nominated for the Larry Kelvitch Service Award, and her community service projects were nominated for Service Project of the Year. While obtaining her law degree, Rahysa served as the President and Vice President of the Student Bar Association and was an active member of the Pan Student Government and Student affairs Faculty Committee. She was an active member in the Nova Trail Association and was an Octo-finalist in the Buffalo Niagara Mock Trial Competition.

Rahysa Vargas is a Miami native and is very involved with the Hispanic community. Rahysa is also the founder of Ms. Esquire, a networking platform for women attorney’s with over 8,500 members that focus on empowering women in the legal profession and giving back to the community. Ms. Esquire has paired up with organizations who cater to the nation’s homeless youth population and under-privileged families within our local communities.

Rahysa is licensed to practice law in the state of Florida. 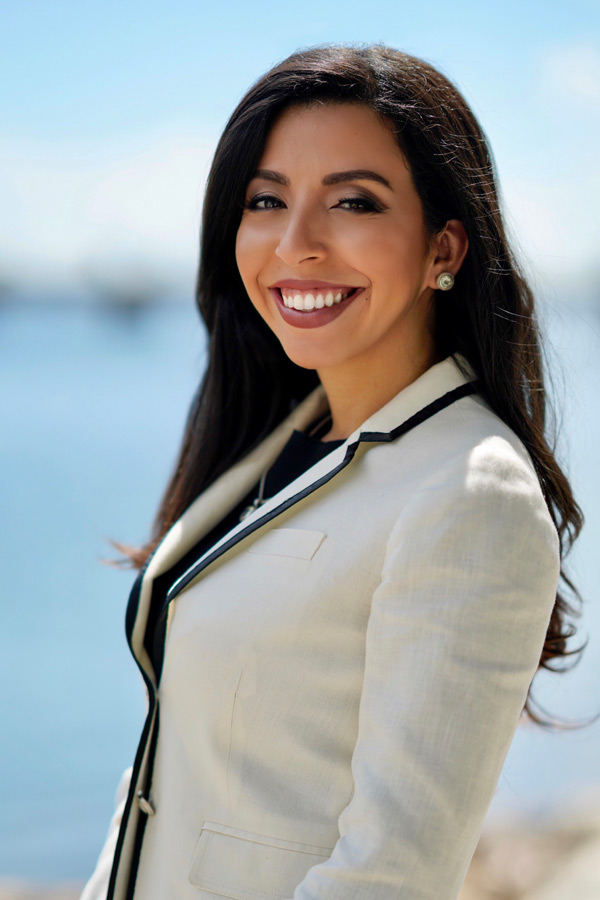