Brian C. Axt is a Shareholder in the Phoenix office of Resnick & Louis, P.C. and focuses his practice on product liability, professional liability, public entity, construction defect, transportation defense, premise liability, bodily injury defense, hospitality & retail defense, automobile liability, complex transactional claims, risk transfer, general liability, employment law, SIU, and general civil litigation. Prior to joining Resnick & Louis, he practiced in the State of New York where he handled complex construction accident, personal injury, products liability cases, and defense of warranty claims. Brian has obtained the dismissal of several cases on pre-trial motions in both State and Federal Court and has also achieved excellent results while representing his clients at arbitration, mediation and trial. Brian was named a Southwest Super Lawyers Rising Star in 2017, 2018 and 2019, was named one of America’s Top 100 Personal Injury Attorneys in 2019 and one of America’s Top 100 Civil Defense Litigators in 2020 and 2021. Further, Brian has served as counsel and provided representation related to environmental matters, including environmental due diligence, asset analysis, and risk evaluation. His experience additionally extends to general liability and commercial litigation matters.

While in law school, Brian was on the Dean’s List for three semesters, was a member of the school’s National Trial Team, and was also an Associate Editor of the Albany Law Journal of Science and Technology. Upon graduation, Brian was inducted into Albany Law School’s Justinian Society for students who graduate with honors.

Obtained a defense verdict on behalf of corporate client at the trial of a property damage matter that involved allegations of negligently disposing of a motor vehicle at a recycling facility.

Obtained a defense verdict on behalf of a homeowners association following a hearing before an Administrative Law Judge that involved allegations that the HOA Board was not properly enforcing the HOA’s covenants, conditions and restrictions.

Obtained a defense verdict on behalf of corporate client at the arbitration of a bodily injury matter that involved allegations of negligence in causing a motor vehicle accident.

Obtained a defense verdict on behalf of a corporate client at the arbitration of a bodily injury matter that involved allegations that a wheelchair ramp at a bowling alley had been negligently constructed.

Obtained summary judgment on behalf of a subcontractor on its indemnity cross-claims against a product manufacturer in a product liability matter, including the reimbursement of $55,000 in attorneys’ fees.

Obtained summary judgment and the dismissal of a third-party complaint in a bodily injury matter that involved allegations against a corporate client that it was negligent in its renovation of a spa at an elderly community.

Obtained summary judgment, costs and the dismissal of all claims on behalf of the manufacturer of an oil lubrication system in a products liability matter that involved a fire occurring in a harvester that resulted in the total loss of the harvester.

Obtained summary judgment and the dismissal of a breach of contract matter that was based upon the failure to pay a termination fee pursuant to a commercial lease.

Obtained summary judgment on behalf of a general contractor on its contractual indemnification claim against its hired subcontractor in a bodily injury matter, including the reimbursement of $90,000 in attorneys’ fees.

Obtained the dismissal of plaintiff’s negligence claim in a bodily injury matter based on it being barred by Workers’ Compensation law.

Obtained the dismissal of a bar complaint before the State Bar of Arizona on behalf of a client that involved allegations of attorney malpractice. 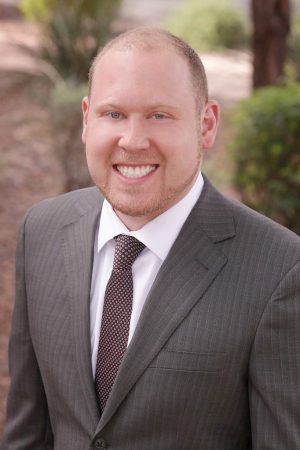